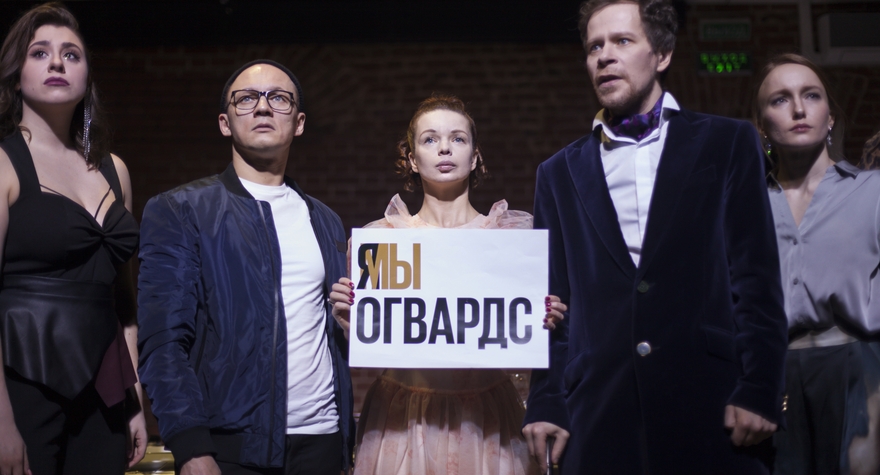 Former classmates gather within the walls of the dilapidated Ogwards School: a fancy director Harry Leonidovich, an oligarch Drako Rustemovich, an opposition leader Valik de Mort and other Muscovites representing all layers of the capital's beau monde. Their alma mater, by decision of the authorities, should be demolished, and it seems that few people care, except for Hermione, the wife of an oligarch who suffers from mental disorder. She invites her friends to the last party at her dream school.

“The only person who wants to stand up for this dream is the crazy Hermione,” says playwright and director Sasha Denisova. “Everyone else is too normal. And they are all unpleasant. And she has a mental disorder, but very pleasant. And thus, the wife of the oligarch considers herself the soul of the world – just like in Chekhov’s play”.

Protecting Ogwards that is dear to her, the "soul of the world" rushes about among people endowed with status and considerable property. Each of them has their own benefit, and using the example of a particular party of locals, Sasha Denisova demonstrates the interaction of art, business and government in our country. In her productions, the director has already placed Potterian characters in a nursing home (Harry on Fire, the production of Theatre.doc) and continues to work with characters from popular culture, coming up with different versions of plots set in the conditions of Russian reality.

“This is a panorama of the creative intelligentsia, the creative class of Moscow types,” says Sasha Denisova. “Harry Potter has very little to do with it, the characters just bear similar names. My play is neither a prequel nor a sequel. This is a story connected with people who have occupied key positions in culture and power. Yes, a parody of society, but not merciless, rather, with a "ray of hope" in the finale.

The building of the New Space of the Theater of Nations itself becomes one of the protagonists. The events taking place in the social comedy are reminiscent of the incredible difficulties that were connected with the restoration of this 19th-century mansion. Brickwork, arches and vaults of this old building, cleaned of dirt and husks, will become an image of what Hermione had been insisting on for so long and with so little success: an image of the truth.