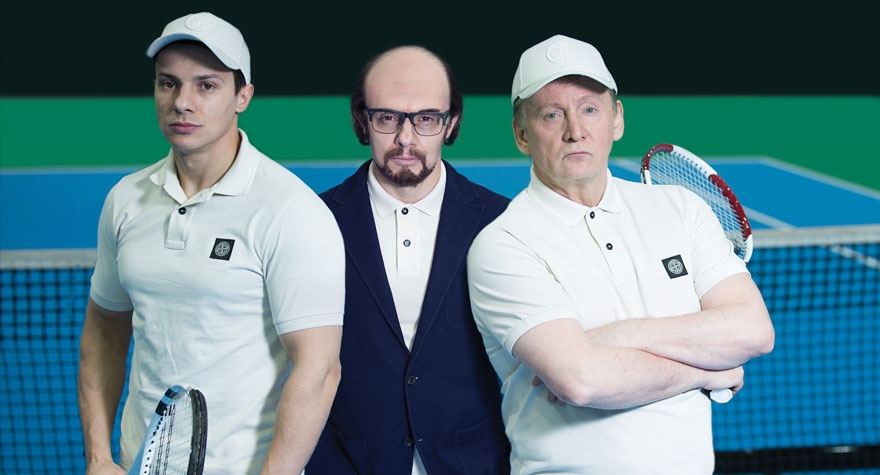 Game is a performance based on the play by Anthony Schaeffer, better known as Sleuth. This was the title of Kenneth Branagh's (2007) film, which became a remake of Joseph Mankiewicz's one of the same name (1972).

Even if you watched both Hollywood films, you can hardly predict the development of the plot in the performance: its characters believe that they are moving towards the goal, but in fact, each time they reach a new level of delusion - and they miss the moment when the game turns into reality.

Writer Andrew Wyke, a snob and aristocrat who specializes in detective novels, invites his wife's lover Milo Tindle to his country house. But instead of discussing a divorce, he invites him to stage a robbery of jewelry with their subsequent sale. The "robber" will receive the money necessary to meet the high demands of the ex-wife of the writer, and the writer will get a multimillion-dollar insurance out of it. The robbery plan looks rather clumsy, but this does not bother the guest. Like the owner, he is a gambler, inclined to start risky adventures, where not only money, reputation, freedom, but, possibly, even life is at stake.

Game breaks all the stereotypes of our idea of a boring performance. There are two actors on the stage. The action moves thanks to their verbal skirmish. No spectacular scenes, except for dressing up and a couple of  gunshots, without which the declared thriller would not have been a thriller. But the viewer is chained to the stage, there is no time for boredom.

Thanks for the help in organizing the shooting Bosco di Ciliegi.