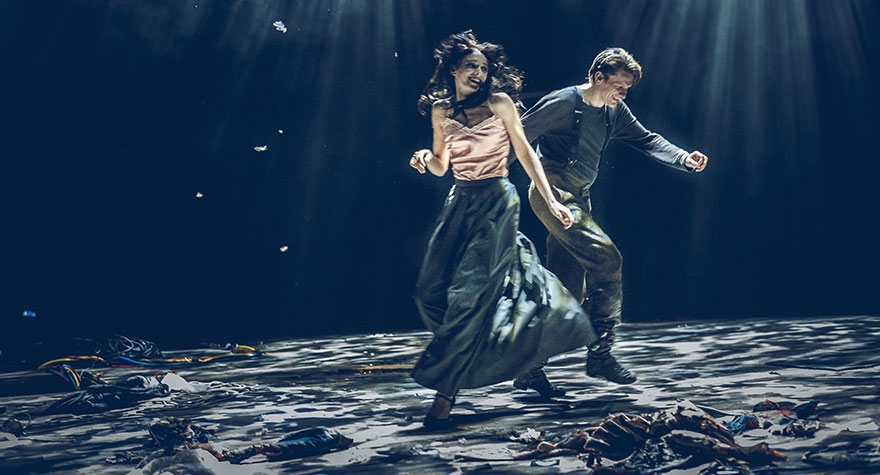 Director on the new performance:
The problem of translating Turgenev's classic prose into the language of the theater — this is the problem that interests me terribly: how to create a gentle, lyrical, symbolic — and still very realistic — world? How to translate Turgenev's descriptions of nature into the language of the theater?
The imperfection of the theater - and its perfection, which unexpectedly makes its way through our entire everyday theatrical life, foolish and ridiculous. The human enthusiasm for theater on the verge of fanaticism is also a sin, because behind this fanaticism you don’t see much in terms of life, but it’s also happiness. After all, theater is an amazing place, there can be nature, life, death, love, god, devil, angel.
That's what we would like to make a performance about. And, in general, it is about love. About the love of the theater and the people. And how one can be to the detriment of the other.
Our heroine is Mumu. She seems to be a child, but she is complicated, ornate - there are such children, stuffed with knowledge, who came to us from god knows where. This Mumu, she is also studying in drama school, such a theatre child. However, she is not even Mumu - her name is Masha. She is the niece of the actor who came to play his part and left her in the yard, and she accidentally ended up in the theater... So the a viewer, if he or she did not read Mumu, and does not know why the dog was drowned, may ask: "So, where is Mumu, afterall"?
I have always liked the position of conceptualists: you must know something before watching or reading. You must know something before reading, say, Brodsky's poetry - otherwise you will not understand much. But if you have a developed sense of poetry, you will still be fascinated by the verse. A man who read Turgenev will understand why our show is called Mumu. But only if he wants to be surprised. Because if he wants to see the ordinary travesty actress who plays Mumu, he will not see her. He will not see the Russian nature either - we will not have fake leaves.
And they also ask me: in your show this actor Lyosha Vertkov plays Turgenev, who writes “The Hunter's Notes”, and the real Polina Viardo suddenly comes to him. Comes from the 19th century and speaks French. But he's merely Lyosha Vertkov! But this is always the case: try to play some real character, for example, Caesar - and real Brutus will come and stick a sword in you. Or, like in the commedia dell'arte: you play Harlequin, and then you decide to take off the mask, and it turns out, it has become a part of you.

*Commedia dell'arte (italian), or the comedy of masks - a type of Italian folk theater, where the performances were created by improvisation with the participation of actors dressed in masks and based on a script containing a brief plot scheme of the show.