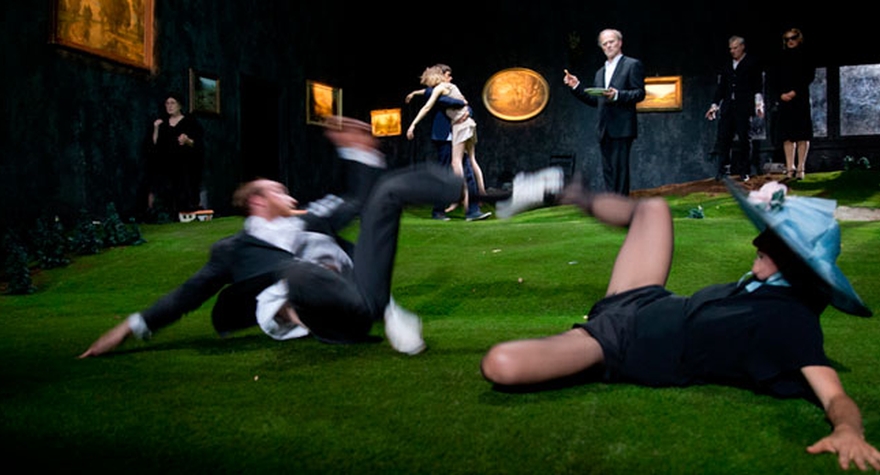 Belgian company Peeping Tom is a dance at one-step away from drama. The term “theatre of the body” has been made in 2000 especially for the troupe, organized by former Alain Platel artists Gabriela Carrizo and Frank Chartier.

Peeping Tom dancers exist in a very refined, hyper realistic scenery, as if created for a movie: green meadows, snow-covered villages, covered with sand basements and chic salons. Their characters walk, talk or even sing, until the very sudden break. Then they start their dance: rough, brittle and extremely honest. It reveals the innermost sides of the injured subconscious along with the hidden fears, nightmares and desires.

They produced such performances as “The Garden” (2001), “The Salon” (2004), “The Basement” (2007), and “The Father” (2014). Peeping Tom performances participated in the most important theatre festivals all over the world: in Australia, France, Holland, Italy, UK, and have won numerous awards, most recently the Lawrence Olivier Award, the main British theatre award.

The company’s coproduction with the Munich “Residenztheater” is the very first experience of the joint work of Peeping Tom with a dramatic troupe.