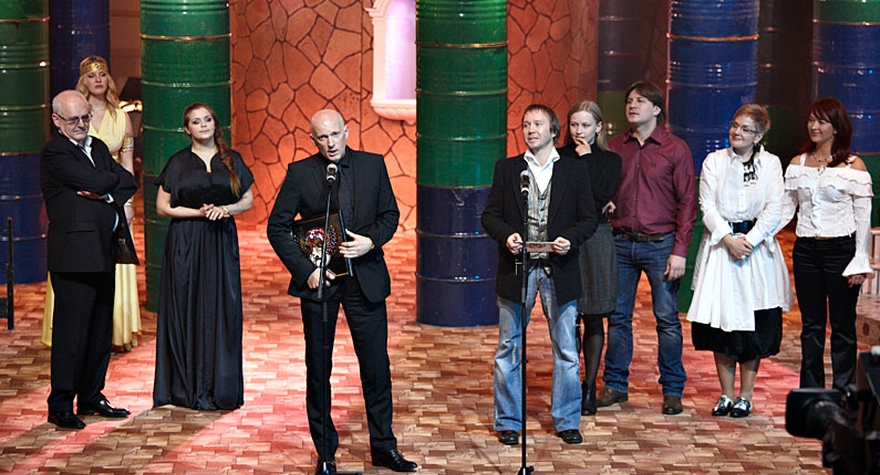 Shukshin's Stories received three awards: - Viktoria Sevryukova was named Best Costume Designer, Drama - Yevgeny Mironov was named Best Actor, Drama - the production itself was named Best Large-Scale Production. The newspaper Vremya Novostei wrote: This production was undoubtedly the popular favorite in Moscow last season. It outscored every other show of every other theater in all the polls of critics and audiences. Alvis Hermanis, accepting the award, said, I saw that Shukshin is like a relative for Russian audiences. He added that for the performers the show is rather like therapy. After staging the show Hermanis himself had the impression that he had spent a marvelous time in a Russian bathhouse with a friendly bathhouse attendant. Mironov performs 10 different roles in Shukshin's Stories and, when accepting his award, the actor exclaimed, I beat them by numbers! In general, Mironov's roles were more voluminous than those of his competitors. Incidentally, jury members who watched Shukshin's Stories a second time said that the production not only did not begin to lose any of its power, but that it became stronger and more dramatic than it had been early in its run, and that the finale of the tale almost reached a tragic level.