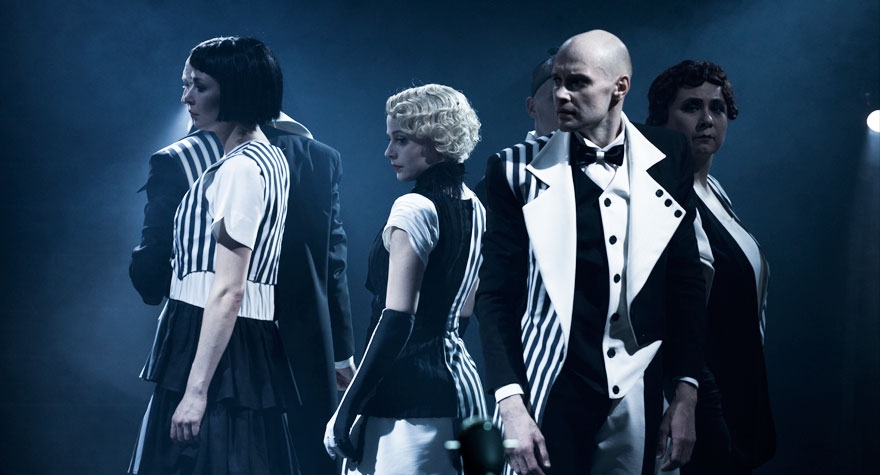 Director Iskander Sakaev based his performance on Walter Hasenclever’s legendary “Ein Besserer Mench” (original German title), and by doing so he in many ways pre-determined the aesthetics in which the actors would have to exist on stage. On the one hand it’s the aesthetics of cabaret, so popular in Germany of the 30s when the play was created. The lightness and ease of both language and style of the piece make the reader/spectator involuntarily gravitate toward this genre. But on the other hand, those humor and ease - that won the play its international acclaim - mask the painful foretaste and anticipation of the fascist dictate, of the Second World War, and of the wreckage and crack of society. Behind the bright colors, the jokes and the tricks of the piece, a serious reflection is hidden, the one of eternal communication of a human and the surrounding world.

Stage director Iskander Sakaev was invited to make “A Man of Distinction” after his “Romeo and Juliet” (production by Almetievsk drama theatre) had won the XII grand prix of the Small Towns Festival of Russia. He graduated from the Moscow Art Theatre School and tried various genres and collaborated with many theatres, including the Alexandrinsky Theatre from Saint Petersburg where he produced several performances.