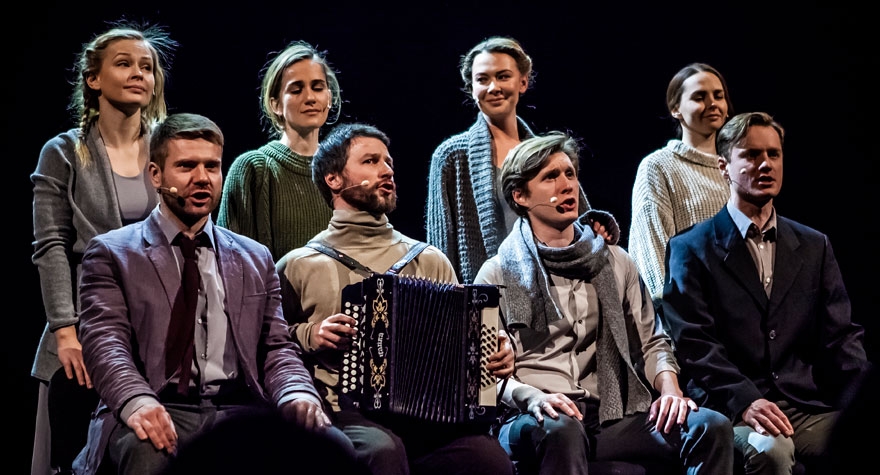 This is a new edition of the concert featuring WWII songs and songs of soviet time composers dedicated to the War and its memory. Created by young artists this concept was developed into a new form and was given a new name to fully reflect the core idea of the production - the sacred memory of the World War II is still defining our way of life and our attitude to each other today.

The production features a team of young actors, who won the hearts of the audience with their previous production "The Farce-Majeure Concert", which became a valuable asset for the Theatre of Nations.

Please note that cast of the production may vary from show to show.