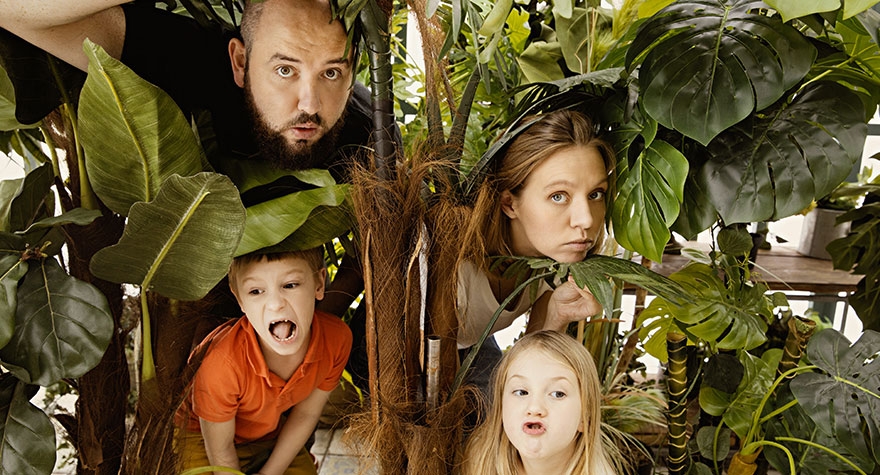 There is nothing more magical than suddenly finding yourself in an abandoned hut on a tiny island in the Baltic Sea, among many antiques. It was to such an amazing place that the characters of Astrid Lindgren's story "Seacrow Island" once came, and this is where the creators of a performance for the whole family - New Space of the Theater of Nations together with the Creative Association 9 - invite the children of the metropolis.

“This project is a continuation of the creative theatrical readings that began with the production of Charles Dickens. A Mysterious Ghost Story. We dream of instilling in children a love for literature, for nature, to pull them out of their usual urban environment for at least some time. Such performances are a gateway for a dialogue between a parent and a child, a ground for their subsequent communication," - says director Polina Struzhkova, one of the ideologists of the modern theater for children.

Miraculous transformations take place with ordinary things in the hands of actress Elena Dementieva and musician Vyacheslav Zhukov. A cuckoo clock, an old watering can, a rusty basin, a retro tape recorder with bobbins, an overhead projector spinning funny illustrations on tape - all this bric-a-brac comes to life during the performance, reproducing sounds of rain, thunder, sounds of feet splashing in puddles and telling stories of each member of the Melkersons, a Swedish family, who rented a cottage on the island for the summer. Their widowed father, a 19-year-old daughter Malin and three sons constantly get into some kind of trouble, the audience will have to go through their first love and first loss and together with them. For example, the boy Pelle, despite his sad experience with his first pet, finds himself a loyal again friend, a dog.

After the performance, children are invited to Yuna-Class, a lesson on responsible attitude towards four-legged animals. It will be conducted by a teacher from the Yuna Rehabilitation Center for Temporarily Homeless Animals, a supporter of the premiere of On Saltkrakan Island.*

Sitting in a semicircle on the countrified folding chairs, children and their parents can forget about the classical theatrical performances, where they are separated by a stage. There is a lot of interactivity in the performance, so there will be plenty of triggers for one's own thoughts and fantasies.

*Yuna-Class to be confirmed by the administrator on the day of the show.

The performance is supported by Yuna, the first multifunctional animal rehabilitation center in Russia.