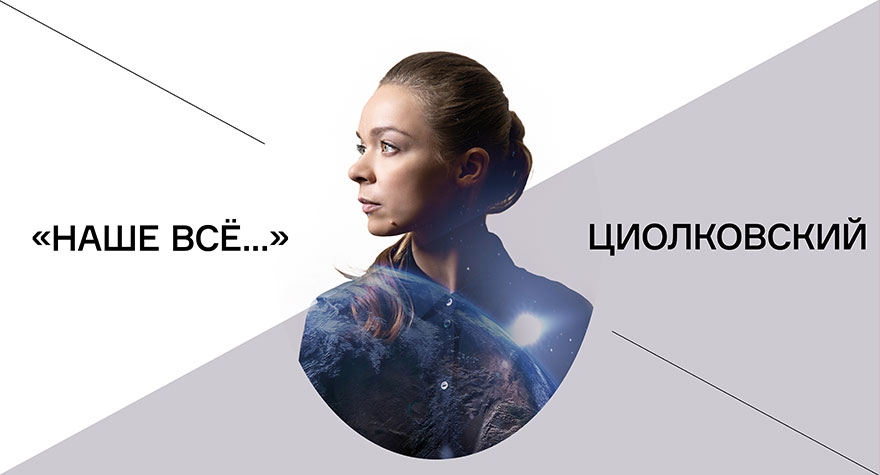 A city eccentric, a deaf teacher from Kaluga, a magician in leaky pants, corroded by acid during his experiments, Konstantin Eduardovich Tsiolkovsky entered world history as a philosopher and inventor in the field of aeronautics, cosmonautics and rocket dynamics.  Also he was also a father with many children, and it is precisely like this - as seen through the eyes of the eldest daughter Lyubov - that he appears in the solo performance by Anastasia Egorova. 20 pages of unpublished memoirs of Lyubov Konstantinovna simply titled "Next to Father" became the main source of inspiration for the actress. In addition, Anastasia used articles and correspondence from the archives of the Russian Academy of Sciences, and also personally met with Tsiolkovsky's great-granddaughter, Elena Timoshenkova.

“Was it easy to be with a genius? With a man who did not always notice that people were greeting him, who was so busy with his "miracles" that he could forgot about his wife and children? - says Anastasia Egorova. - Of course, it was not easy. His daughter's notes read: "We lived almost in prison isolation because my father led the life of a hermit." However, he remained an extraordinary creator."

Tsiolkovsky, together with his children, soldered a model of an airship, wrote science fiction works, put forward ideas for a space elevator and hovercraft trains. He did not take the world for granted, but sought to correct it, improve it, see it in development.

“Tsiolkovsky is a typical “Russian boy” as described by Dostoevsky. This is the boy who, upon seeing the star map for the first time, would bring it corrected the next day. This was a generation of people who were busy not with something of the moment, but with resolving eternal questions,” says director Andranik Saatchyan.

A violin lead the theme of the main character in the production. The touching story of one of the most amazing eccentrics and visionaries of our planet unfolds on stage to the music of the Italian composer Arcangelo Corelli and a specially written soundtrack by Fyodor Mursalimov.

The project partner is the Museum of Cosmonautics.