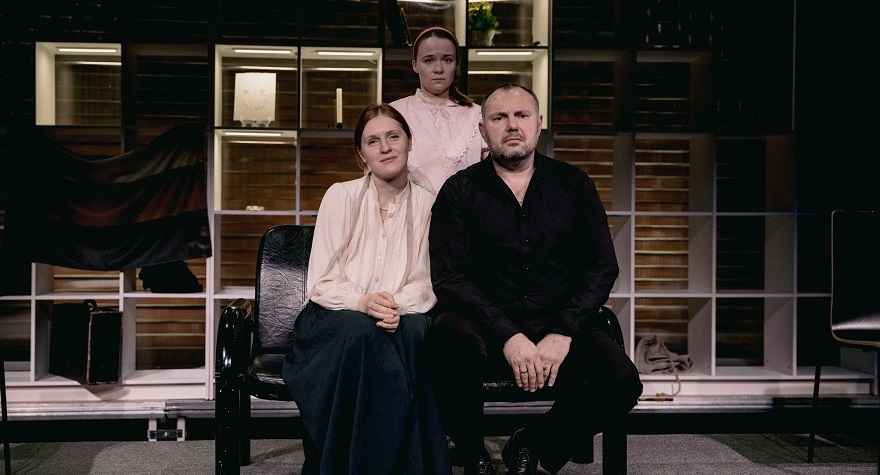 On the occasion of the anniversary of Fyodor Dostoevsky, which was celebrated on November 11, 2021, a director's lab was held at the Theatre of Nations, which culminated the year-long Dostoevsky 200 programme. As part of the project, seven young directors that were selected from more than one hundred and fifty competitive applications created sketches of performances. The authors of the sketches set themselves the task of blowing the dust off the volumes of the classic, getting away from the school curriculum, changing optics, seeing how the texts of the great writer behave in modern culture, and also looking at Dostoevsky's personality through the eyes of controversial contemporaries. Therefore, the works and biography of the writer appeared before the audience in the most unusual formats: a stand-up show, a conference, a choreographic sequence... The best of the sketches – The Master of Petersburg, directed by Nikita Kobelev – was finalized to become part of the playbill of the Theatre of Nations.

John Maxwell Coetzee, a writer from South Africa, is one of the most acknowledged authors of our time, a Nobel Prize winner, wrote the novel The Master of Petersburg (1994) about Dostoevsky's brief return from Germany to St. Petersburg in 1869. In this work, that is at the same time a documentary and a pseudograph, Coetzee explores what led the writer to the birth of the novel Demons. Among the protagonists are both real personalities, led by Dostoevsky himself, as well as characters of his prose - Matryona and her mother Anna.

“We decided to stage not only the plot of the novel, but also the very fabric of the writer's prose, that is somewhat close to the stream of consciousness. In this regard, the actors do not have strictly fixed roles, they rather act as commentators on this story, sometimes trying on one or another character. We create parallel flows on the stage - speech and visual ones, which do not always coincide with each other”. Nikita Kobelev, director.