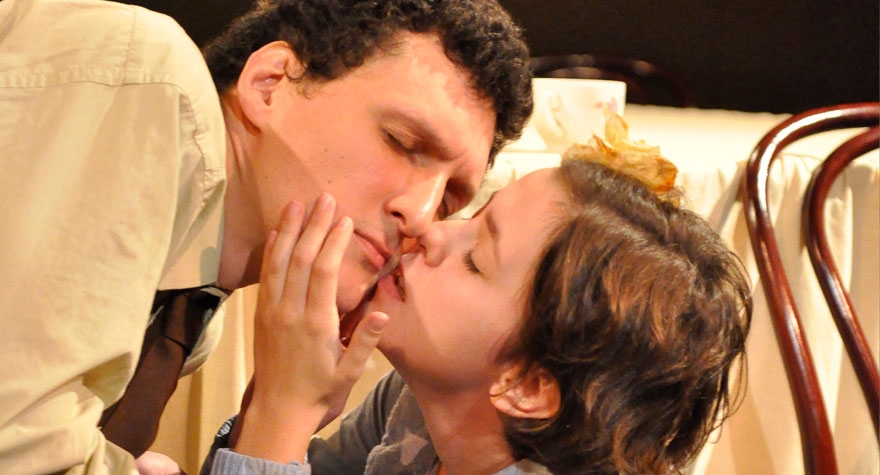 Shosha is the seconds staging for Theatre of Nations by talented director Tufan Immamutdinov. Many actors in this play have appeared in other Theatre Of Nations' productions, specifically in highly popular The Swedish Match after Chekhov.

Shosha is a stage version of the novel by famous American writer of Jewish extraction, Noble Prize Winner Isaak Bashevis-Singer. The makers of the production proved to be acutely aware of the distinctive qualities of Singer's prose that stem from his profound knowledge of all details of the lifestyle in Jewish boroughs and of the rich national folklore. The young director and his actors turned the life-story of beginner writer Aaron Greidinger who grew up and started his career as a writer in the Jewish ghetto of Warsaw into a captivating, colorful, humorous and sad musical performance. The characters are ordinary people who sin, pray, squabble, love and hate. The production is focused on Aaron's love for otherworldly and affecting girl Shosha. His feelings stand the test of other passions, specifically infatuation for actress Betty. The performance vividly conveys the atmosphere of the life of the Warsaw bohemia shortly before the breakout of World War Two. The actors sing live to the accompaniment of the trio of musicians. The charisma of Singer's characters, the enthusiasm of the young actors and the musical hits that sound in the play will no doubt touch the hearts of the most fastidious audience.