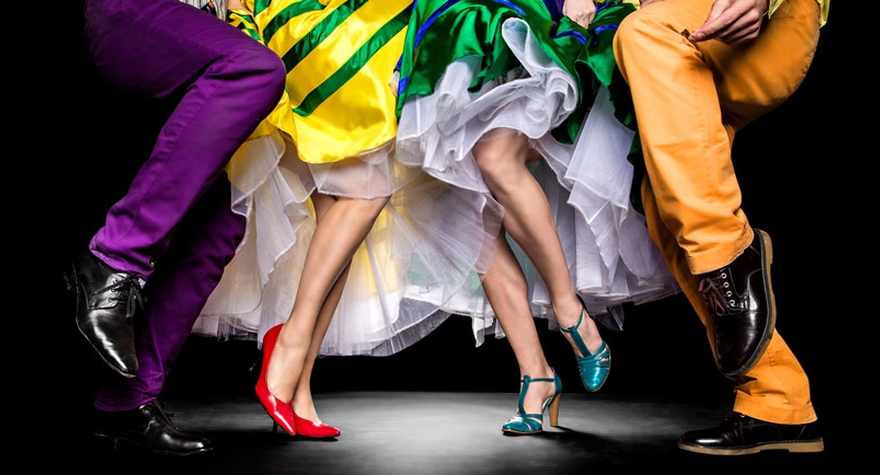 Bright looks in the spirit of the 50s, fiery dances, favorite hits and rock'n'roll mood  - all this awaits the audience of our main premiere of winter. The musical "Stilyagi" is staged by a two-time winner of the Golden Mask award, who is called "the locomotive of the Russian musical theater," director Alexey Frandetti. Today, his productions are being performed on the stages of the Bolshoi Theater, the Chekhov Moscow Art Theater and the Taganka Theater, but for the first time it is not a licensed western work, but an original musical based on the Russian original source - Yury Korotkov's “Boogie on Bones” script. In 2008, it was made into Valery Todorovsky’s film, and, according to Alexei Frandetti, that film revived the genre of musical cinema in Russia, which seemed to be completely vanished. “Chained Together”, “I am what You Need”, “Eighth Grader” - theatre-goers will hear both these familiar movie hits and new compositions that did not sound in the film - among them, for example, the song of the group “Bravo” “King Orange Summer”.

What is the price of freedom - both external and internal? What can a man do for the sake of love? What changes are you ready to make? “The theme of dissenting people and non-conformism in general as a whole is very important for me. How these groups of people exist in society today, and how they existed then. We will see all this through the prism of music, and here the choreographic language in which we will speak is very important, ”the director explains.

Actors who have passed the open casting that lasted for almost half a year (more than 2500 people took part in it) were invited to work in the musical. Most of them have to master various musical instruments - from saxophone to violin - and learn to sing in the air.

The theater is grateful to the creators of the original story:

The author of the idea - Valery Todorovsky

The author of the musical idea - Yevgeny Margulis.