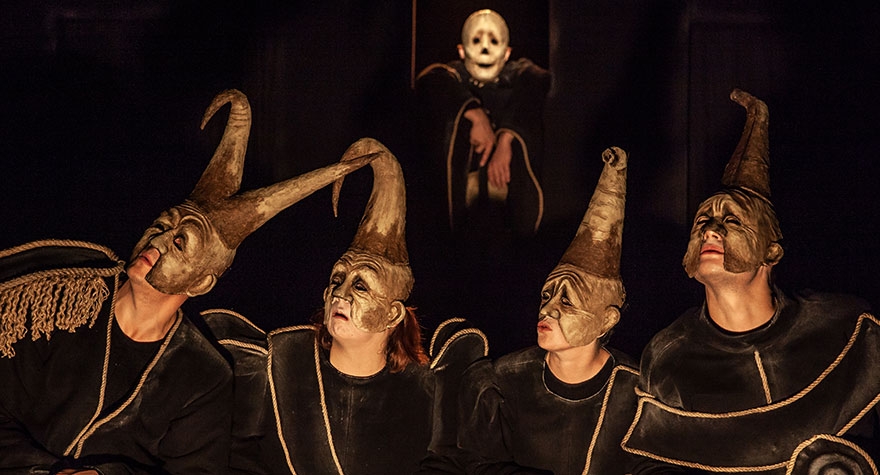 Theater of Nations opens the new 2018-2019 season with the performance by Denis Bokuradze after the interacts of Miguel de Cervantes.
The director Denis Bokuradze is known by the Moscow audience as a regular participant of “Golden Mask”, the productions of the "Gran" Theater theater-studio in Novokuibyshevsk have repeatedly won the Grand Prix of the Festival of Theaters of Small Towns and as prize-winners were played on stage of Theater of Nations. The actors Yulia Bokuradze and Sergey Pozdnyakov, who also became laureates of the festival, are also familiar to our public. So the first production of the artistic director of the theater-studio "Gran" in the Theater of Nations can be considered a logical continuation of the project aimed at strengthening ties between the theaters of the Russian regions.

For his production, Denis chose three interacts of Cervantes, the main topic of those was love.
“The show “Theater of Miracles” for me is the second part of a triptych about love. The first one, our "Ship of Fools", was devoted to carnal love. And Cervantes is about poetic love. You may ask: "Theater of Miracles" - and what miracles will there be there? - Miracles will happen! But these miracles are not technical. In this performance I am counting on the actor. After all, an actor is a real miracle in the theater.
I would also like to add that once, when the "Gran'" Theater hit a 30 years anniversary, Elvira Anatolievna Dulshchikova, my master and my teacher, who had led this theater for many years, did stage interacts of Cervantes. I dedicate this performance to her memory.”
Denis Bokuradze

Sponsor of the show: