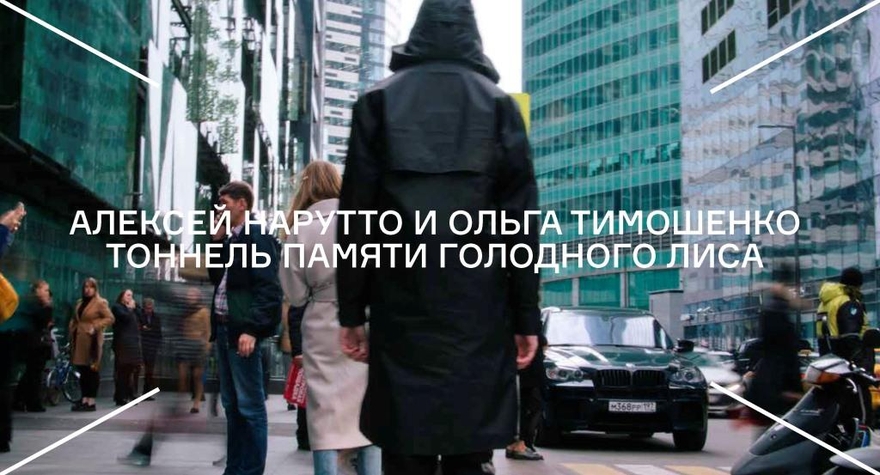 Alexey Narutto and Olga Timoshenko can be called researchers studying the reaction of the human body to the cultural and political events of our country. Their joint performance 40 (2019) was nominated for the "Golden Mask" award in 5 nominations.
The new project, which was presented on December 6 at the New Space of the Theater of Nations, was inspired by the thaw period, or rather, the idea of ​​changing time cycles.

“The performance is not about the thaw itself, but about the fact that in any situation of pressure we need to speak out, and after any period of regression, a rollback, a “new thaw” will come, a new period of freedom on a qualitatively different level, - says Alexey Naruto, - this is a cycle where the future is just a recurring past. But every time, at every turn, we have the opportunity to try to get out of the loop. I see it as a kind of dark tunnel, and we are ready to walk along the tunnel, endure discomfort for the sake of a possible exit into the light and subsequent return to this narrow corridor of memory. And the hungry fox is my perception of Russia as a whole, based on the memories of one artist who described how in the besieged Leningrad a small hungry fox ran after him in search of food and salvation."

The material for the text for the performance was a wide corpus of Russian poetry (both official and uncensored) during the Thaw (1954-1964), that underwent through the frequency analyzer of the text. The output is a verbal flow that develops linearly from the lowest-frequency words to the highest-frequency words. Then this stream was analyzed manually for the subject of syntactic, figurative and semantic concatenations. These verbal condensations formed the final text.

The Hungry Fox Memorial Tunnel is an installation of sound, light and movement that intersect in one space. This is a desire to express oneself with body language, to convey one's point of view, combining various media forms in one performance.

Alexey Naruto
Graduate of the Institute of Space and Information Technologies of the Siberian Federal University (Faculty of Systems Analysis and Management); teacher at the "Tsekh" Center for Contemporary Dance; he actively works with children's dance groups, theater studios, also he is engaged in independent creative activities. He has been involved in all performances of the Ballet Moscow theater troupe since 2013.

Olga Tymoshenko
Graduate of Moscow State University of Culture and Arts (Department of Contemporary Choreography and Dances of the Nations of the World) and GITIS (master's program "Contemporary Dance", master - Alla Sigalova); teacher and post-graduate student of the Department of Contemporary Choreography and Stage Dance of GITIS; visiting teacher of the Gogol School creative laboratory; Fellow of the Union of Theatre Workers of Russia 2017; Winner of the Diana Vishneva Context Young Choreographers Competition, 2018. She has been involved in all performances of the Ballet Moscow theater troupe since 2011.

Partner of the project: