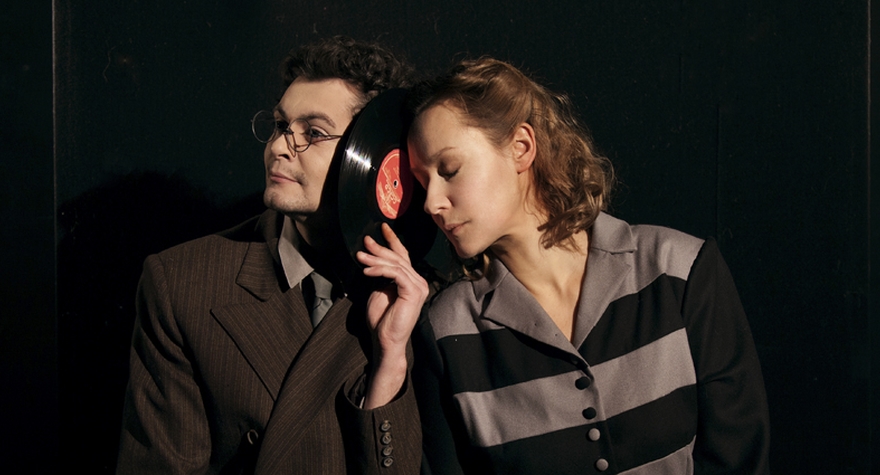 Theatre of Nations continues its expansion to the frontiers of genres: this winter’s last days will see the theatre opening its newest production – THE LIVING PICTURES, characterized by its creators as the “fairy tale documentary”. Based on a stage play by a poet and fiction writer Polina Barskova (the literary piece won its author a 2015 Andrei Bely award, which is considered among the most significant achievements in the world of modern literature), the performance tells a real life story of a visual artist Moisey Vakser and an arts critic Antonina Isergina. The events of the story unfold within the walls of the Hermitage museum during the WW II Leningrad Siege, which doesn’t feel like anything close to a fairy tale at all. However, besides being accurate and realistic in restoring events of that terrible time, the story in fact calls attention to the unfailing power of love between the two people, and tells of aid-giving and human valor, when it comes to preserving the beauty even in the darkest of times. It’s the strive to keep the spirits high and the belief in a brighter future, that transform a documentary into a fairy tale.

The performance is brought to life by a bright team of young creators, led by a stage director Victor Alferov, known for his productions with the Praktika theatre, Theatre.doc, The Meyerhold Theatre Centre, the Polyteatr, as well as for several documentary films. The characters saving the best of the Hermitage exhibition, and in the meantime saving their love and lives, will be played by Rustam Akhmadeev, Alla Pokrovskaya, Evgenia Dmitrieva and Galina Morachyova.