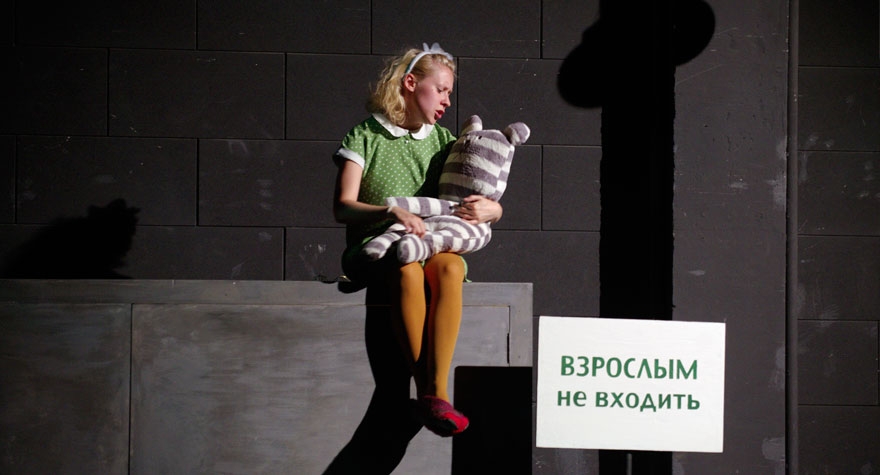 This is the first performance for children at the Theatre of Nations.

The authors referred to the children's poems by Robert Lewis Stevenson in order to have viewers of any age transferred, for an hour at the very least, into the world that children see and feel. Fairies, ships, dreams about the future, live music and quiet frank heart-to-heart conversations.

Polina Struzhkova, a young director, developed a brand new language of children's theatre where a child is treated as an equal and their thoughts, desires and problems are taken as seriously as the ones of an adult.

I trust my nanny,

These are the names on the flowery stage.

In houses made of petals

They sleep in hammocks at night,

Which happen to be so light

That a bee can crash them in its instant flight.

Having made themselves comfy,

They have fun and sing.

And blades of grass

Encircle them in a forest ring.

I’d like to spend my days next to them;

With these cute little creatures

A draft version of the performance was presented at the Centre for Drama and Directing of Roshchin and Kazantsev as part of the Workshop on Begovaya, directed by Marat Gatsalov and Polina Vasilyeva.

The performance is recommended for families.