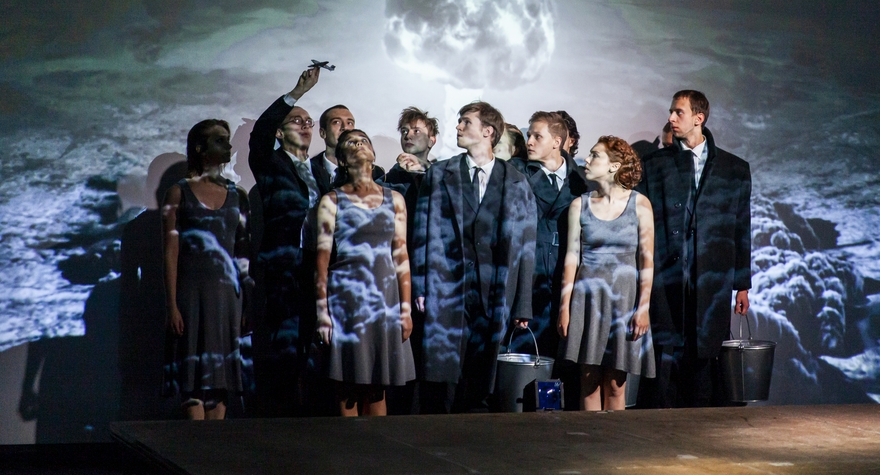 The Coral Island is the name of an adventure novel by Scottish writer Robert Ballantyne in which young Englishmen get shipwrecked and end up on an uninhabited island. The book was so popular in the late 19th century that it inspired Jules Verne's Two Years’ Vacation, Robert Louis Stevenson's Treasure Island, and a century later, William Golding wrote his famous coming-of-age novel Lord of the Flies as a polemical response to The Coral Island.

Director Artyom Terekhin, together with playwright Svetlana Bazhenova, followed the same path and developed the themes raised by Ballantyne, turning a youthful Robinsonade into a philosophical reflection on human nature. How do we change when social laws and moral norms cease to operate? What are we capable of when it comes to matters of life and death?

“The play was born in the process of rehearsals with the actors. We wanted each character to be as elaborate as possible and have their own vector of development, because the whole performance is built on close-ups, - says Artyom Terekhin. - We are now living in a time when it is necessary to rethink the concepts that seem to be fundamental: home, friendship, love, loyalty. And Coral Island is great for that, because Ballantyne has his wonderful magic “if”: children find themselves in the situation of adulthood.”

The production is performed by the 2022 graduates of Oleg Kudryashov’s Workshop at GITIS, whose graduation performance The Notebook staged by Tatyana Tarasova was included in the repertoire of the New Space of the Theatre of Nations.