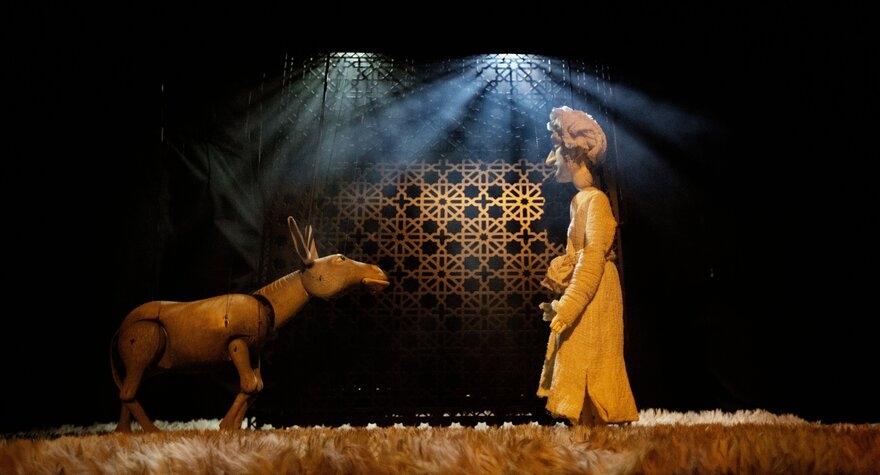 Timur Bekmambetov, a world famous film director and screenwriter, released his first production in the genre of puppet theater.

The performance Khoja Nasreddin is the first production in this genre and in the repertoire of the Theatre of Nations. Viewers will see puppets voiced by Evgeny Mironov, Konstantin Khabensky, Viktor Verzhbitsky, Igor Zolotovitsky, Chulpan Khamatova, Elizaveta Boyarskaya and Inga Oboldina. In the aesthetics of old black-and-white cinema, referring to the Soviet film Nasreddin in Bukhara in 1943, the streets of a medieval Asian city, a colorful oriental bazaar and the palace of Emir Timur (Tamerlane) will come to life on the stage.

“Over the course of many years I have dreamed of telling the story of this talented and paradoxical character who turns everything upside down,”  the director says. - But since the world is upside down already, Khoja Nasreddin has everything in its place. We have created the image of the legendary trickster of Eastern civilization, and it resuted in a play about freedom, love and human rights, about the problems and aspirations of all times up to the present day, in general."

The story about Khoja Nasreddin is being told on behalf of the donkey. The donkey is the main sentimentalist and thinker in the story who helps his master return the bride from Tamerlane's harem, falls in love with a mare and has philosophical conversations with an annoying fly. To make a human out of a donkey is Nasreddin's last wish, and it seems to be the most realistic one, because Khoja never succeeded in finding human traits in people.

“As one gets older, one begins to understand the whole tragedy of the stories of Nasreddin, an intelligent hero among stupid and greedy people,”  Timur Bekmambetov admits.

All the characters in the performance are brought to life by the actors Maxim Kustov, Evgeny Shavkunov, Ekaterina Maletina, Renat Shaimardanov from the Obraztsov Puppet Theatre and Alexander and Natalya Tretyak from the Moscow Regional Puppet Theatre.

Khoja Nasreddin became the winner of the Golden Mask 2022 Award as the best puppet show of the season (nomination "Puppets / Performance").