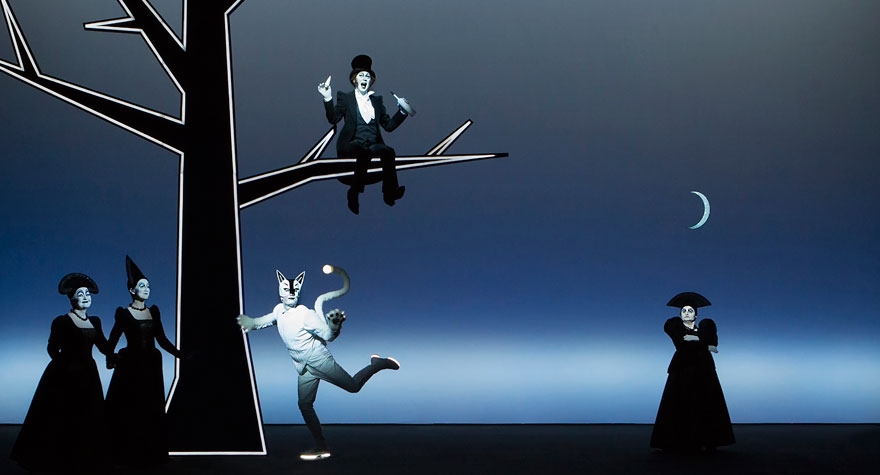 Robert Wilson is the most sough-after, respected, and recognized theatre director in the world, as well as one of the most influential representatives of theatre avant-garde of the end of XX – beginning of XXI century. For several decades now he has been an incontestable global-scale authority of stage. A distinctive new theatre style was created by Wilson – the one that lies at the interface of drama theatre and contemporary art, of cinema and pantomime, of circus and modern dance. Shows by Wilson are characterized by the sophistication of movement and light that has been enchanting audiences all over the world.

There are several fairy tales by Pushkin at the core of the first original Russian show by Wilson, they are: The Tale of Tsar Saltan, The Tale of the Fisherman and the Fish, The Tale of the Priest and of his Workman Balda, The tale of the Golden Cockerel, The She-bear, and also excerpts from the Ruslan and Lyudmila poem.

An extensive research was carried out by Wilson before he got down to develop the lighting and scenic design of the show, as part of which not only he thoroughly studied the fairy tales but also examined a wide variety of artwork, and the history the fairy tales creation, and their folk components, etc. As a result, a vivid and complex visual imagery was created, that became an integral part of the show.

Wilson came to Moscow with his own team of designers and collaborators. And the music of the show was created by the famous duo CocoRosie – masters of the free-folk, who had conquered the world music scene a long time ago.