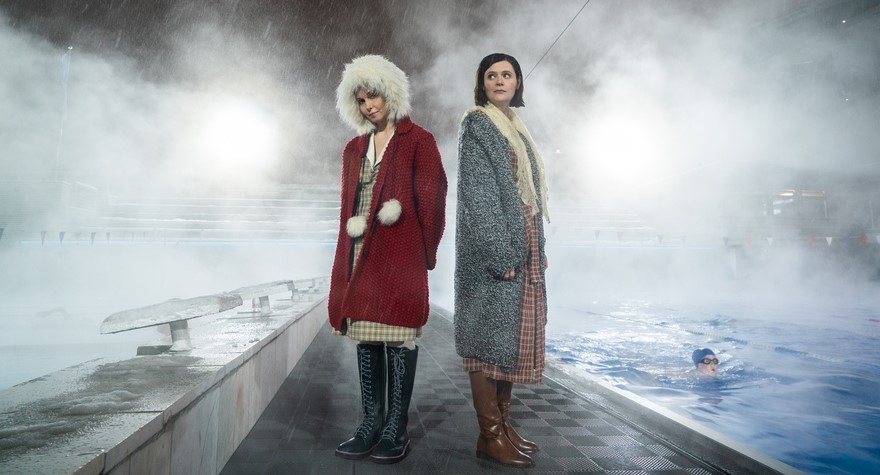 Hop-Hop, the Ceiling Went Pop is a script by Gennady Shpalikov, which he wrote in 1974 shortly before his death. The script which inspired many but has not been staged in the cinema or in the theatre so far, yet, it is considered one of his best dramatic works. Director Marina Brusnikina read this text back in the 1990s, and since then the thought of staging has never left her. And only thirty years later everything has worked out. The premiere of the performance Hop-Hop, the Ceiling Went Pop will take place on the Small Stage of the Theater of Nations.

“I have been crazy about this story for a long time,” admits Marina Brusnikina. – “Nostalgia. Black and white cinema, thaw. The end of the thaw. An amazing author, subtle, lively, deep. Emotional and open-minded. Rare. Real. A story about love, about our imperfection, absurdity, about the mistakes we make, and still about love for people. This is his story, it’s a story about him. This is Shpalikov, this is his incredible gift of seeing inconsistencies in life, in people, in relationships, the impossibility of happiness. Here it is and now it’s gone. It seems, one should do it like this - and everything will be fine, but it doesn't work out. All the time mismatches happen. Whose fault is it, for what reason? This is his main theme."

“An adorable, but unbearable goof” – friends and acquaintances said about Gennady Shpalikov. And, being a poet, a director, a screenwriter, a well-known throughout the country as the author of the script for the film Walking the Streets of Moscow, he was an extremely sensitive person. Hop-Hop, the Ceiling Went Pop is a story about good people who are also unbearable for each other, about how the life of an ordinary Soviet family collapses overnight, about how a not-at-all-love triangle is formed: mother – daughter – trouble.

“I specially chose material for Sasha Ursulyak and Dasha Kalmykova,” says the director. - They are two friends, my former students. We tried to adapt the cinematic script for the theater and get into the amazing atmosphere of the author."

Shpalikov's characters did not get stuck in the 70s. In addition to songs from that period and "militia" instead of "police", there are only snow, fog and love. And they are eternal.