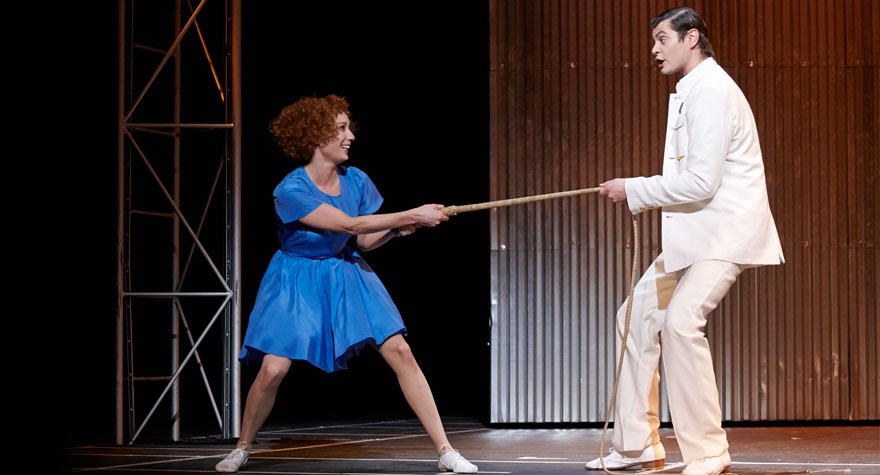 Roman Feodori’s show is set in a military camp where the famous story of taming the defiant girl is enacted by soldiers. The artistic device of a play set within a play adds to the humour of Shakespeare’s comedy, and each actor performs at least two roles: a character of the piece and a military person clumsy in his efforts to act. And the awkward cook-lady – masterly performed by Chulpan Khamatova – gets to play the lead part – shrew Katherina. One can observe how in the course of the show this shy frightened girl gradually develops into an imperious lady whose temper is almost impossible to tame.

Feodori avoids overloading his show with complicated conceptual foundations, bringing into focus the comedy aspects of Shakespeare’s text. ‘Taming of the Shrew’ is an easy comedy full of unexpected catches, live music and brilliant acting.