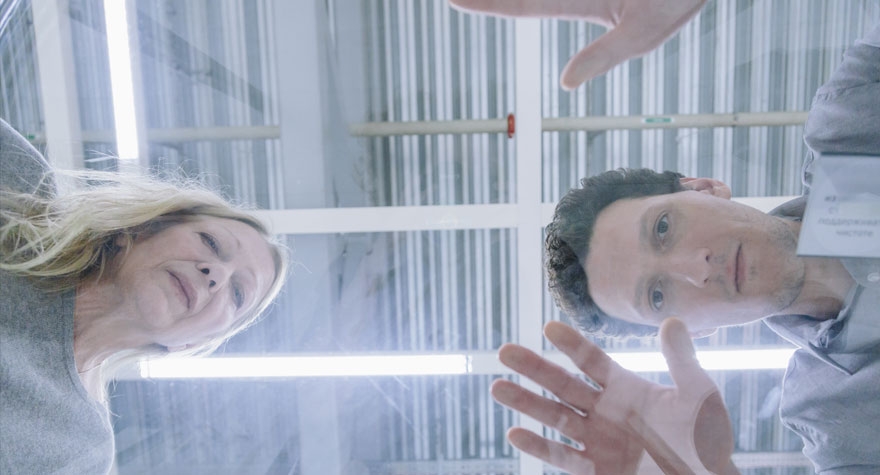 LUNGS – is a new production by a Golden Mask winning director Marat Gatsalov, who until recently held office of chief stage director of the New Stage at Alexandrinsky theatre.

The production is based on a play by contemporary British playwright Duncan Macmillan, who was twice nominated for the Lawrence Olivier award – one of the most prestigious British theatre awards.

For a couple of hours Small Stage of the Theatre of Nations is transformed into a cozy apartment, featuring a man and a woman. Both are living their lives in a responsible way – they are conscious of what they eat, how much water they spend, what time they need to have their teeth brushed and waste disposed. Every day they are getting closer and closer to a TV-advertised family role-model in all aspects but one – they don’t have kids. And this fact is making their lives miserable.

They are tortured by doubts - whether the parentage is worth it, when the planet is in fact on the verge of an ecological collapse. One more individual to be born - won’t it be a contribution to Earth’s resources getting depleted sooner, the atmosphere getting dirtier, and carbon emission increasing?

But what if they are simply being selfish, and don’t want to take responsibility for a child?

The performance is a winner of the National Theater Award "Golden Mask" in the nomination "Drama / Artist" (Ksenia Peretrukhina).