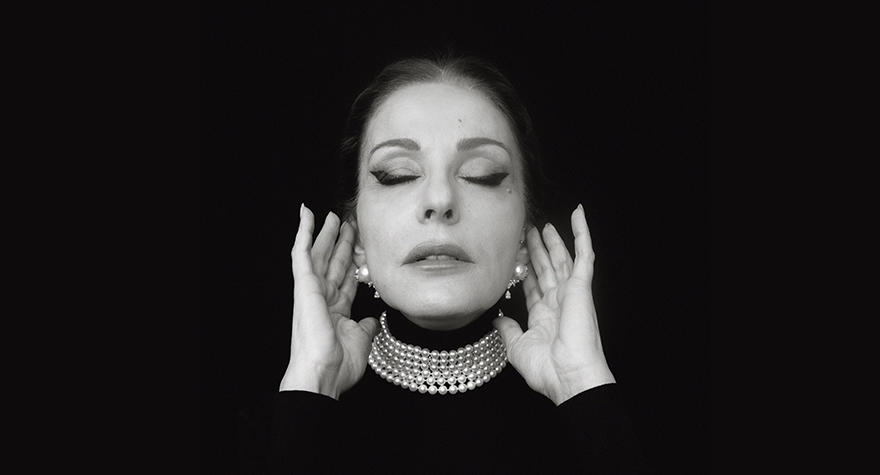 “I must gather together all my strength and, first and foremost, my spiritual strength. In real life, I confess to you, I am neither Norma nor Violetta. How nice it would be to have their strength without having their weaknesses.”

Loneliness. Depression. Tranquilizers. Empty apartment. Three days before death. Only four people saw such a world opera diva Maria Callas. Two housekeepers, a driver and a personal psychiatrist. It is with them, people far from music, that the singer that is about to lose her mind conducts a casting for a new production of Lady Macbeth. In her head, they are talented singers and comrades-in-arms. The servant, who loves Maria, plays along with this oddity. In front of them is an unfortunate woman who has lost everything: world fame, her voice, her beloved Ari, the billionaire Aristotle Onassis, who used to call her a “canary”.

“These are reflections on how an artist loses one’s gift,” says director Dmitry Serdyuk. – Being extremely gifted, Maria Callas gave up her career because of love. And this is her trouble, her relationship with the Almighty. She told Onassis: "If you don't want me, I won't sing." And at that moment her voice breaks, a chain of professional failures begins. And then the man leaves, the one for the sake of whom she had betrayed God in herself".

As a basis for his stage version, Dmitry Serdyuk took the play Canary by the journalist and screenwriter Maria Vardenga.

“In the finale, I decided to introduce five characters,” says the director. – This is a journalist and friend Elsa Maxwell, Maria’s brother and sister, her first husband Menegini and the last secretary of Onassis – Kiki Moutsatos. From the lips of these people, we learn the shocking truth about Maria Callas, which will allow us to accept her as a living person, and not a bronze monument. It's a dramatic story of the singer and by no means a Maria Callas special.”

Among fans and critics, Callas was awarded the title of La Divina – the divine. But the heroine of the performance, performed by Sati Spivakova, will be afraid of her own reflection – the set design will allow you to see the singer's inner world through the looking glass. Canary Maria is unable to accept herself, what she has become: only fragments remain of the world's greatest soprano. The fictitious halls silently applaud her. She lost, puzzling the whole world with the question: can a great artist afford human happiness? And what will be its price?