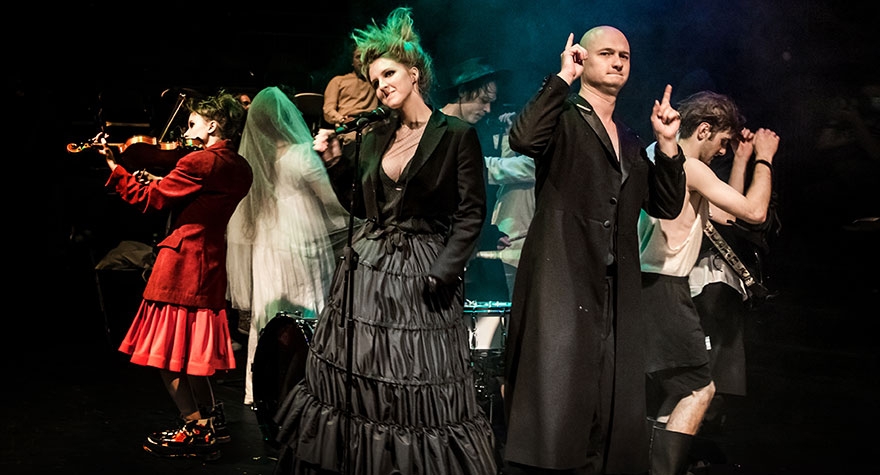 The only thing people really get sick with is love. Director Oleg Dolin is ready to agree with Jean-Baptiste Moliere on this. After The Snow Maiden with Polina Vitorgan in the title role, Dolin went on to work in the theater, inviting the audience to relax a little and fool around with the characters of the French buffoonery. This "farce, trinket, trifle" by the comedian Molière first gathered a full auditorium of the Parisian Palais-Royal in 1666. Critics were indignant, because the play was assembled from scattered scenes and phrases, and the audience was jubilant. The story about the pseudo-doctor Sganarelle was such a hit that The Doctor in Spite of Himself became one of the most beloved repertoire performances in European theaters.

“In our production, there are no powdered wigs, oiled cheeks, harpsichords, people looking like poodles. But at the same time, we do not want to interfere with Moliere with modern gadgets and projections, - says Oleg Dolin. - This is a light play, similar to a splash of champagne when people leave the theater in a good mood, and moreover, there is no need to run to catch the last train - the production was conceived by the author to last only for an hour - and one can have time to go to a cafe, drink a glass of wine, talk about something pleasant".

Oleg Dolin invited Polina Vitorgan, Gleb Puskepalis, and other young actors to play the roles of characters. According to the director, the atmosphere of this reckless venture is best conveyed with "fresh forces."