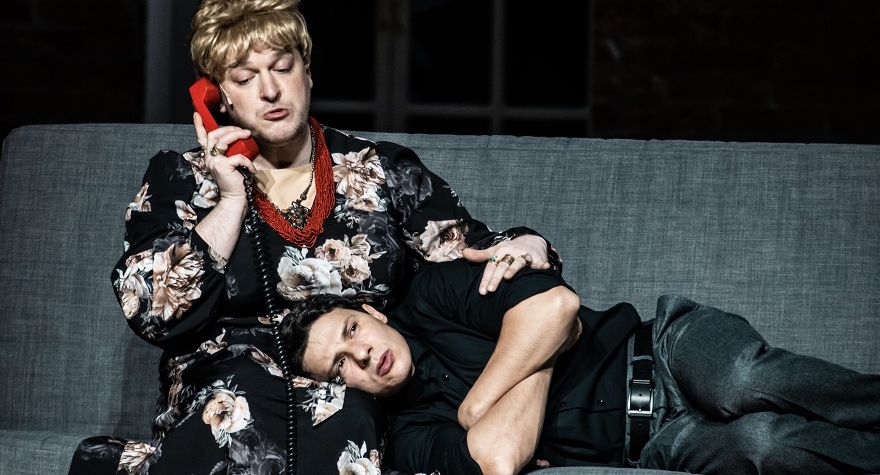 Konstantin Bogomolov is the artistic director of the Theater on Malaya Bronnaya, a director known for his radical productions in Russia and abroad. In 2014, he already staged at the Theatre of Nations a performance based on the satirical novel Gargantua and Pantagruel by Francois Rabelais with Viktor Verzhbitsky and Sergei Chonishvili in the leading roles. This time the director was inspired by the Russian classics - the play by Alexander Ostrovsky. Its main character is a poor young man, Egor Glumov, who shares the same apartment with his mother. To make his way in the world, he decides to build a career in the highest circles through the acquaintances that a rich uncle provides to him. Starting from this plot, Bogomolov transfers the action to the present day, turning the comedy of the 19th century into a caustic satire on the modern life of the Russian elite.

“I love Alexander Ostrovsky dearly, but I have never staged his plays. And now there is a great opportunity to enter this territory. There is more satire than melodrama in Enough Stupidity in Every Wise Man. And we will try to use all of its actual ironic potential. I shall not conceal the fact that I rewrote Ostrovsky's text, adding from some other authors - seemingly as distant from him as it gets - as well as composing some of my own. In the case of Ostrovsky, it seems most natural to me, because he wrote his comedies about the here and now, reacted to the bright events of his time. But, nevertheless, like any talented playwright, he laid there some universal codes that continue to work, even if the principle of improvisational, free author's development is applied to the plays. Therefore, my performance is based both on Ostrovsky's play and on our life today." – says Konstantin Bogomolov.

The classic characters have become government officials, oligarchs, representatives of modern pop culture. The director plunges the viewer into the world of metropolitan bohemia, its bedrooms, offices, restaurants, showing how ridiculous these people look in their striving to seem subtle and knowledgeable, talking about art and eternal values. However, in addition to satire, according to Bogomolov's idea, the second layer also appears here. This is a sad and touching story about how, despite constant sex talks no one loves anyone in the modern world. Lost love and the desire to jump from rags to riches at any cost have become a marker of our time and the main message of a new performance.