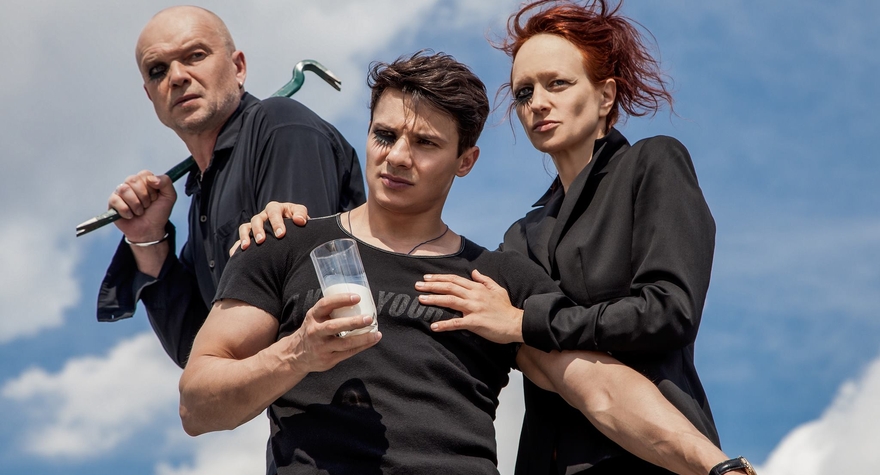 Creators of the performance took one of the iconic literary works of the XXth century and stripped it down to its basics: violence and possibility to overcome it. Stage adaptation of the novel was created by the playwright Yuriy Klavdiev, journalist and critic Ilia Kukharenko and... by the Google Translator. The latter indeed became a true co-creator of the perofmance. Distortion of text by the digital translation engine became a literary device for this production, which was labelled by the director Filipp Grigoryan as a dramatic performance. In this show meanings of the words are secondary, while implications are being born out of visual and sound images, and of body movement.