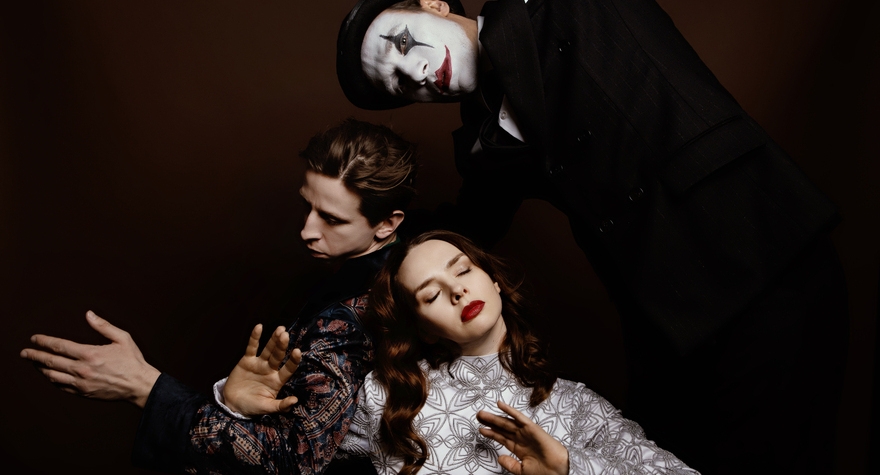 "Alive" is the key word here. Yes, the corpse is alive, it is real, it grows, gains weight, comes into its own, exudes an eerie smell, and it is impossible to get rid of it. Because in the play directed by Danil Chashchin the corpse is a metaphor for dying family relationships. Of course, first of all, we are talking about the relationship between Fedor and Liza Protasova - the characterss of the unfinished play by Leo Tolstoy. But the relationship between the author himself and his wife Sofya Andreevna also make an additional storyline in the production.

“We wanted to trace how their life together developed and why Tolstoy decided to escape from the family, just like his character” says Danil Chashchin. - It is interesting for me to explore how relationships wear thin. Because of what a happy marriage ends in divorce. Why can't we find and bury the "corpse" that pretends to be alive timely."

To feel the atmosphere of the Tolstoy family, who had been living together for 48 years and gave birth to 13 children, the creators of the production went on a journey from the writer's estate in Yasnaya Polyana to Astapovo station, where Lev Nikolayevich spent the last week of his life. (To travel to places where authors lived and worked is an established tradition of the Theatre of Nations: while staging the performance Ivanov based on Anton Chekhov's play, the theatre's team visited Melikhovo, work on Shukshin's Stories was preceded by an expedition to the village of Srostki situated in the Altai Territory). Excursions around Yasnaya Polyana and Astapovo added dramatic details to the performance Living T.

“After Lev Nikolaevich had left Yasnaya Polyana, Sofya Andreevna tried to commit suicide twice,” says the director. - Many people know about one suicide attempt: she wanted to drown herself in a pond. But it turns out that in despair she would beat herself in the chest with a hammer and shout: "Break, my heart!" This information was new for us, and we inserted this episode into the performance."

The author's surname is also encrypted in the title Living T.  And, following Tolstoy's notes in his personal diary, the story in this play, does not end with a happy wedding, but, contrary to tradition, only starts with it.