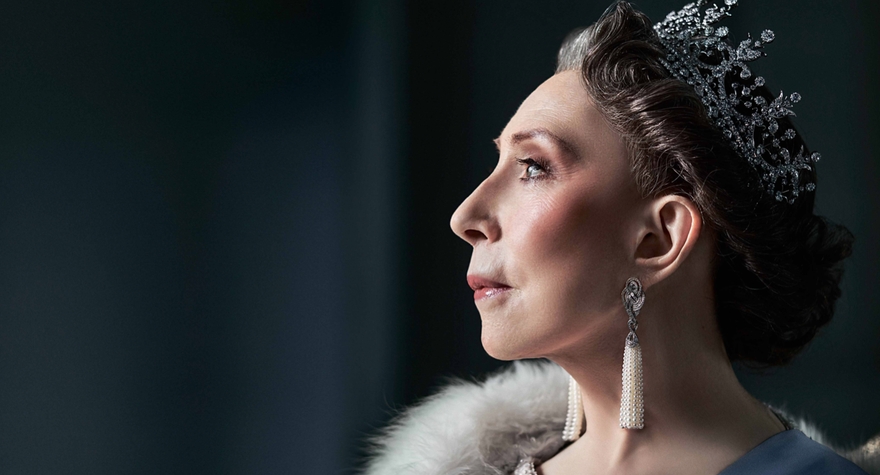 …Every Tuesday at 6 p.m. the Queen of Great Britain grants an audience to her Prime Minister. This ritual meeting is in no way obligatory for both of them; however, the etiquette requires that the Prime Minister reports the latest state of domestic and international affairs to the monarch. For the past six and a half decades an entire variety of political figures have taken residence at 10, Downing Street, ranging from Sir Winston Churchill to Ms. Margaret Thatcher, and all the way to Ms. Teresa May. The world has seen dramatic changes in its time, while there’s the one thing that hasn’t changed at all: the Prime Minister’s report – whoever he or she may be – is inevitably received by Queen Elizabeth II, the longest-reigning monarch in the history of Great Britain.

The Audience created by Peter Morgan will now be staged at the Theatre of Nations. Written by the drama and cinema script writer, who is also expert on the life British Royal Court (author of scripts for 2006 feature film the Queen, and 2016-2017 TV series the Crown) – the Audience was first staged at the Gielgud Theatre in London in 2013, and later successfully revived at Broadway. Both the British and the American productions of the play had the lead part of the Queen performed by Helen Mirren, a British star actress of Russian descent.

The first Russian production of the Audience will have a special Russian translation of the play at its core, made by translator Yury Goligorsky exclusively for this production, and will feature Russian star actress Inna Churikova in the part of the Queen Elizabeth II. Moreover, when Peter Morgan found out that Ms. Churikova will indeed be performing the lead part of the play, not only did he at once give his approval for the Moscow production (staged by the director Gleb Panfilov) but he personally came over to Moscow and adapted the play in such a way to highlight the history of international relations between the UK and Russia.

Evgeny Mironov, artistic director of the Theatre of Nations, says ‘I have always dreamt that one day Inna Churikova would take the stage of our theatre. But indeed, the material is of utmost importance. I believe that the Audience will give us all a chance to behold great Inna Mikhailovna in the full splendor her unique talent. The play has it all – the humor, the psychological depth, a story of a woman, and of course – an opportunity for rapid transformation on stage, which is indeed a treat for such a grand actress’.

Moscow will also see magnificent Galina Tyunina take the stage both as Margaret Thatcher and as Theresa May.

The Audience will premiere in Moscow on 25-28 of April 2017 on the stage of the Theatre of Nations.

The production is presented with the support of The Alisher Usmanov’s Art, Science and Sport Charity Foundation.

The Audience is produced by the Elephant Production (UK).