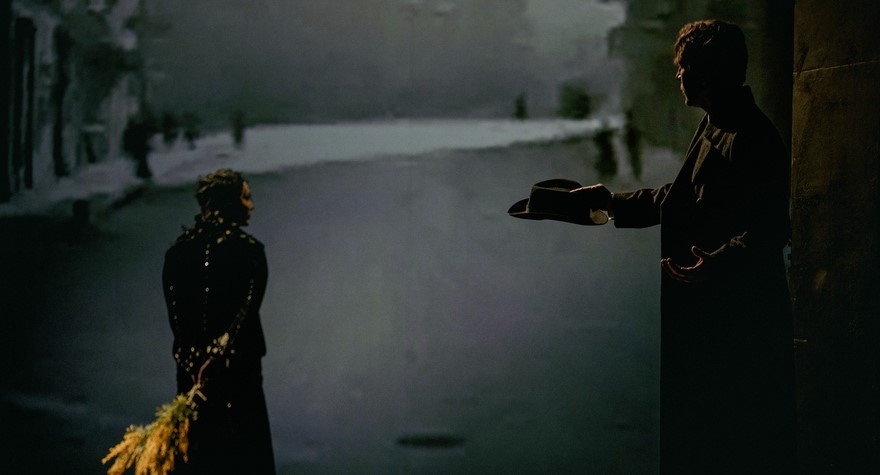 The world-renowned Canadian director Robert Lepage is staging his second production in Russia. On our stage, he will present the premiere of The Master and Margarita based on the novel of the same name by Mikhail Bulgakov. This is Lepage's second work at the Theatre of Nations. His Hamlet | Collage, in which Evgeny Mironov played all the roles of Shakespeare's tragedy, was released in 2013. This time, the director created a staging of a grand technical concept with a variety of visual special effects and elaborate costumes.

“The novel The Master and Margarita is a love story, political and social criticism, burlesque comedy and fantasy tale at the same time. This major work of Russian literature remains today a manifesto that denounces conformism and advocates creative freedom,” says Robert Lepage. – “For a theatre director, adapting this literary monument to the stage is more than a challenge. It is a real endangerment, a risk-taking without half measures that only results in going beyond, innovating and breaking the usual codes of storytelling.

Over a hundred sets of transforming costumes for characters were created in Moscow for the production, where all the parts are played on stage by merely thirteen actors. Thanks to the lightning-fast dressing up in the quick-change format, the audience sees it all: the world of Moscow in the 1920s-1930s, the Satan's ball, biblical events.

“There are actually three novels in Mikhail Bulgakov’s work,” says Robert Lepage. – “There is the story of Pilate and Christ, there is Margarita and the Master with their realistic lives, and there is the magical, incredible world of Woland and his retinue. Three levels, three types of characters. In the production, I highlight the line of the Master and Margarita, because they are vectors that absorb all the stories in the end. The Master brings along the story of Pilate and Christ, and Margarita exists in contact with Woland, with the forbidden world, the world of magic in a way. And when the two meet, they connect these worlds, these novels, they weave them together."

Pepper's Ghost is the main stage design element, it is a illusionist technique that allows objects to appear and disappear, become transparent and transform from one into another. Therefore, the creators believe, the audience will more than once forget how to breathe in amazement: when two Artists – Bulgakov and Lepage – unite on stage – real magic occurs.

We would like to express our gratitude to Alexander Ivanishin (photo) and Alexei Shemyatovsky (video) for help in preparing materials for the production.

The production uses film and photographic materials from the fund of the Russian State Archive of Film and Photo Documents.