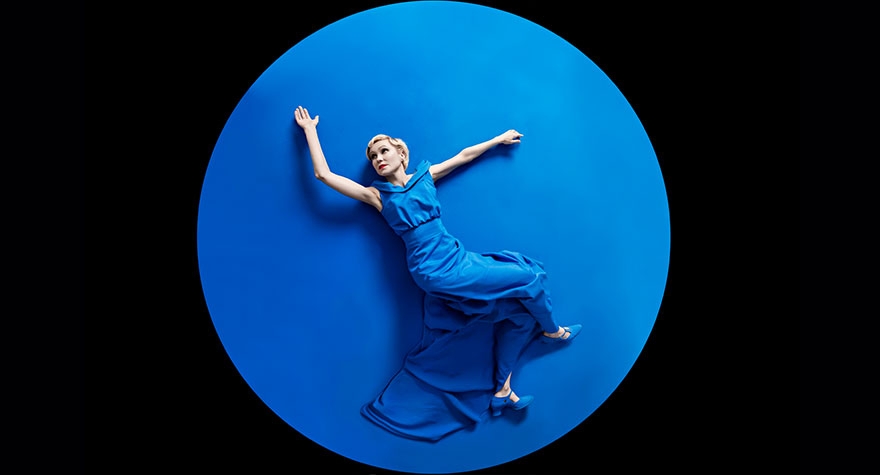 Last season saw Maxim Didenko, one of the most sought-after theatre directors of the new generation, producing a whole variety of theatre blockbusters. And now he is working to stage a musical production at the main stage of the Theatre of Nations with Ingeborga Dapkūnaitė playing the lead, based on a legendary soviet-time cinema hit comedy the Circus. Grigory Alexandrov’s 1936 film featured a story of American circus star Marion Dixon touring to the USSR with the best selling show 'Flight to the Moon'. While the show is a huge success, its author Fon Kneishitz is blackmailing Marion, threatening to reveal her private secrets to the public eye.

In Maxim Didenko’s production Ingeborga Dapkūnaitė not only will play the role of Marion Dixon – the name being a direct reference to Marlene Dietrich – but also the role of a soviet cinema star Lyubov Orlova (who at time was widely known as ‘the Russian Dietrich’), who played the lead part in the 1936 Circus directed by Alexandrov.

Didenko describes his production’s style as retro-futurism. ‘The story takes place in a fictional future as it was envisioned in the distant past’, the director says. 'The song of the Motherland', the soundtrack of the original film, composed by Vasily Lebedev-Kumach and Isaac Dunaevsky, will get reinterpreted by composer Ivan Kushnir, and the production is said to reinvent the meaning of the classical lyrics of the song ‘wide is my motherland’. Production scenography will be designed by Maria Tregubova, winner of Prague Quadrennial, the Golden Mask, Chrystal Turandont and many other theatre awards.

The Circus will feature clowns, real stunts and an orchestra. They say that at times circus can make your heart soar but make no mistake - you will laugh in the end.

Premiere of the Circus is presented under the umbrella of the XVII Cherry Wood Open Festival of Arts.

Sponsor of the production