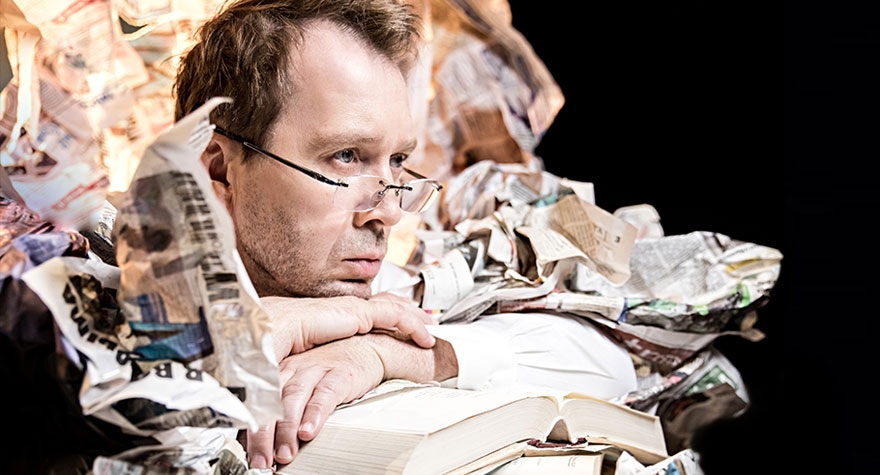 The director of the Odéon-Théâtre de l'Europe, Stephane Braunschweig, works for the first time in Russia. On the stage of the Theater of Nations, he stages a performance that he had been aiming for almost 30 years, Anton Chekhov's play “Uncle Vanya”. Braunschweig has about seventy productions based on the works of Brecht, Kleist, Buchner, Ibsen, but the director has a special relationship with Chekhov.

“They tell me, I am a brave man – сomeing to Russia with my Chekhov. It is often believed that if you invite a French director, he should stage Marivo or Moliere. But Chekhov is closer to me than Marivo. If I work abroad, I am more pleased to deal with a writer of this particular country. I have already staged “The Seagull”, “Three Sisters”, “The Cherry Orchard” in France. And each time I sought to move away from the traditions and conventions associated with working with this material on stage. Therefore, here again I return to Chekhov’s accurate reading, cleansed of all layers.”

According to Braunschweig, the key to today's production of "Uncle Vanya" is an environmental theme that worries the whole world. Chekhov’s character Astrov turned out to be a seer. He is keenly experiencing deforestation, as if pointing to us, his descendants, of environmental problems on a global scale.

“It is important for me to enter the general environmental agenda with this performance. Climat is changing. The first time I came to Moscow in 1979, in February it was 25 degrees below zero. Today it's different. Now if it’s minus 10 in Moscow in winter, in Africa the heat is simply intolerable. The population of African countries is moving to other climatic zones, including to us in Europe, and this already becomes migrational and economical problem. Everything is connected: ecology, economics, energy. The more we destroy the climate, the more global the disaster it leads to will be. I don’t have ready-made recipes on how to rectify the situation, but I need to excite the minds, hearts, consciousness of all mankind."

Without changing a word from the original text, Stefan Braunschweig puts together a complex puzzle of the relationship of Chekhov's characters. Voynitsky, Astrov, Elena Andreevna, Sonya - in the course of the play, each in his own way loses hope, loses illusions, breaking out of the web of their delusions. “ˮUncle Vanyaˮ is an image of our helplessness, – says Stephane, – is it possible to live when ideals are lost? Is it possible to rethink one's own life?”

The answers to these questions will be given by Chekhov's characters performed by Evgeny Mironov, Victor Dobronravov, Elizaveta Boyarskaya, Yulia Peresild, Victor Verzhbitsky and other artists.

The premiere of the performance will take place in the framework of the XIX Open Festival of Arts "Chereshnevy Les".