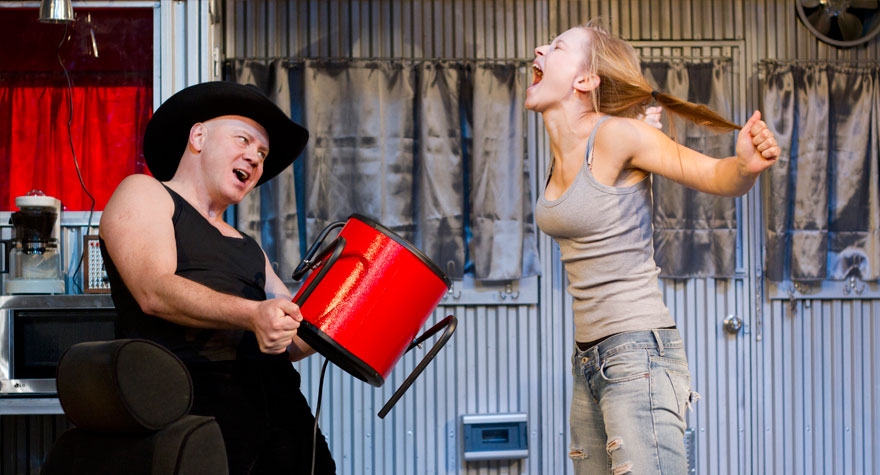 A performance by a Bulgarian director Javor Gardev, best known for his film Zift. It is a blasting mix of an American thriller, a psychological drama and a black comedy. The plot revolves around an inheritance which is fought for under the table. A husband wants to kill his wife, hires a killer, whereas his crazy-ish daughter falls in love with the killer.

A subtle psychological action unfolds behind the gripping plot: each of the characters is on the brink of their emotions and can lose it any second. The only character who can help people regain their human face is a cool-headed killer Joe.

"There are not many playwrights who are capable of speaking to us in an accessible and joyous voice, but who at the same time imperceptibly explore the darkness and complexity of human nature". Metro Weekly