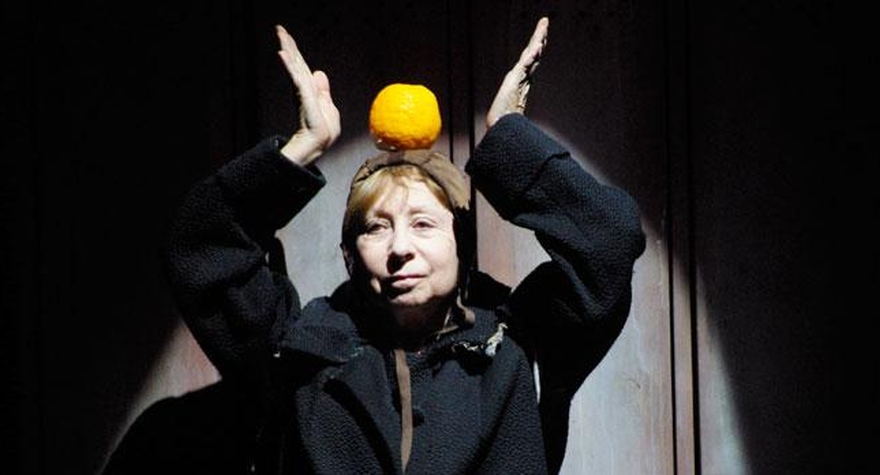 A small volcanic island accommodates a small town that grew up around metallurgical works. The works have been closed down after the mine was exhausted. The mountain of slag is almost the size of the volcano. The island is all the time showered by rains and occasionally struck by hurricanes. There is a meat processing factory that was announced a strategic facility and therefore placed on the secret list. The strategic function of the factory is to supply bull bollocks to the High Conductor and export them to other islands, the latter being the only source of incomes to the national budget. The bollocks business is under full control of the High Conductor and Police Superintendent. The bull meat is thrown into the ocean to attract sharks. The same is done to criminals sentenced to death. Meat for domestic consumption is imported from a neighboring island. The only way to get out of the island is by plane but the air fares are stupendously high so that the majority of the population can't even dream of ever going away. All those who managed to scrape enough money to buy air tickets have long flown away. There was a time when the town had a circus, but now its premises accommodate the National Flea Market. With the purpose of creating new jobs and attracting tourists the High Conductor decrees to build a new circus in the place of the old one. This idea occurred to him after the visit to the Far Archipelago where he saw the performance of a world famous circus troupe. The troupe was ranked as a model circus company and was called “Circo Nuevo“. The High Conductor dreams of having a circus like that on his „native island”. „Our island is small but there is no lack of talents on it” — these words of the High Conductor are retold as a joke. The Flea Market is liquidated and the construction of the new circus gets underway. It is a protracted constructed as the project budget is repeatedly embezzled. Hence the decision is made to build the circus right on top of the volcano crater that provides a natural amphitheatre. Auditions of candidates to the new troupe begin. The actors are promised handsome salaries and all kinds of benefits. The locals are pestering the circus “artistic committee” with applications. The Police Superintendant advances a new national idea: the island must become the World Center of Clownery.

Andrei Moguchi about the production of “Circo Ambulante“ Before writing a play one must first write a novel. Apparently Maxim Isayev and I didn't write a novel but the material accumulated in the course of our work would have been enough to write several plays. Our knowledge of each character is very extensive, almost exhaustive but shown in the production are only separate fragments of their lives and experiences. We didn't have to invent anything. Things were just happening. For me it all started with associating actress Ahejakova with the image of Don Quixote. A woman and Don Quixote… What's the connection? A good question. That was how circus came into play. And the entire script evolved from some very realistic situations wherefore set designer Isayev defined the style of the performance as „materialism”.

We didn't write a play. Instead we and all other participants composed a performance. It is the result of the collective effort and of the creative interaction between me and Maxim. To create a piece always means to create something new. And creating something new is connected with asking many questions that don't have immediate answers. It may turn out that the path you have chosen is wrong so you have to go back and start it all over again. Changes were made and they concerned the story-line, the situations, the life-stories of the characters, not to mention the text proper. Quite often an actor's intuition can help resolve a situation or a character in a much more precise way than whatever is developed outside the theatre. I favor the art created collectively. The play is only one component of the performance — not its dominant element.

I had already addressed the issue of quixotism but for me this theme is inexhaustible. What is it? Sickness? A form of insanity? Or an essential need of the soul? What does impel the man to commit acts quite insane from the rational point of view? To me it is the instance of confrontation between the individual and the society. An individual is capable of “inflaming” the masses and making them follow him. Is it for better or worse? I don't know…