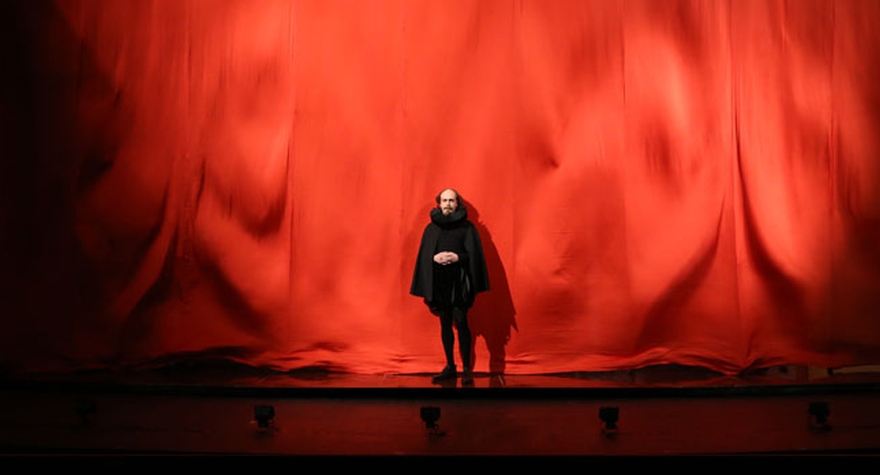 In the anniversary year of William Shakespeare the Theatre of Nations presents a unique one-of-a-kind project - unparalleled anywhere in the world – Shakespeare. The Labyrinth.

A stroll around the theatre – is how the director Filipp Grigoryan has precisely named the genre of this project. For six days the project Shakespeare. The Labyrinth will be taking place in practically every area of the Theatre of Nations – from the Main Stage to the crush bar as well as the cloakroom.

The leading contemporary theatre representatives have got together to create a one-hour multigenre project, where experimental, drama, postdramatic and puppet theatres meet together with opera, choreography and media-performances. The stroll grows into a big journey throughout Shakespeare’s plays, and the audience focuses on either the most important moments of the famous plays or the characters which never got enough due attention or on the images inspired by the classic playwright.

The audience will constantly be in motion, walking from one scene of action to another, continuously ending up in different historical eras as well as completely different aesthetic systems.

Eight stage groups have been working on this project, each of which specialises at a particular genre. The multimedia project has been developed by Moscow Museum of Modern Art (MMOMA), the post-dramatic scenic sketch is presented by the directror Dmitriy Volkostrelov, the puppet Titus Andronicus is shown by Vyacheslav Ignatov, the opera is staged by Filipp Grigoryan, the experimental Turgenev’s Monologue for Shakespeare’s anniversary by Liquid Theatre will be shown for the first time, the choreographic version of Hamlet is staged by Dialogue Dance, Macbeth monodrama is directed by Timofey Kulyabin, and the Storm by Yuri Kvyatkovsky will be the closing scene.