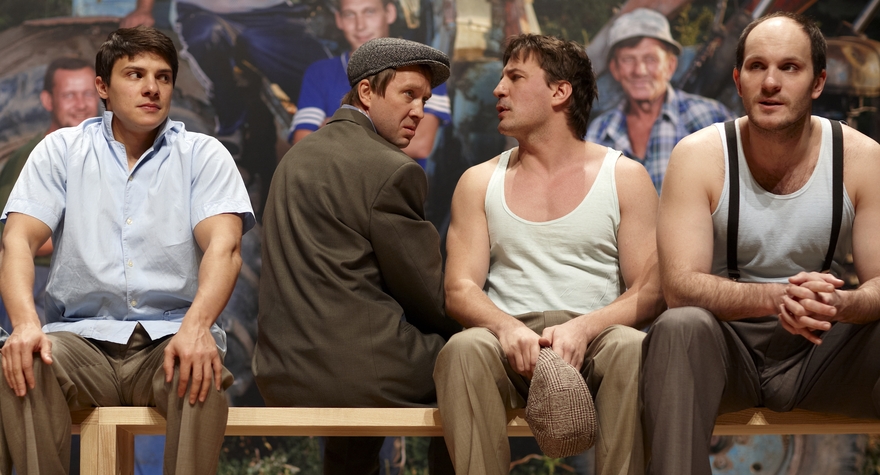 The Theatre of Nations has toured with the performance Shukshin’s Stories, and it has been a great success everywhere.

The vivid and witty texts by Vasily Shukshin together with the star-studded cast and the delicate direction by Alvis Hermanis (Latvia) have created an ideal recipe. The intricate theatrical pattern is interlinked with everyday life stories of the depth of the Russian countryside. The remarkable story characters leap from the pages into the accurate images on stage, whereas the viewers may recognize themselves or their friends in the characters.Shukshin's stories are very nostalgic. The actors do not intend to look like Soviet villagers of the 70s, but rather try to recollect and understand what makes their characters the way they are. Through humour and irony one can see tragic notes of ordinary human relationships that are rarely described in drama.

It was shown at Europe's major theatre festivals:

It toured in Ukraine (Kiev, Donetsk), Kazakhstan (Alma Aty).The Shukshin’s Stories was presented at the following theatre festivals in Russia:

The Year of Shukshin in Altai (Biysk, Barnaul)