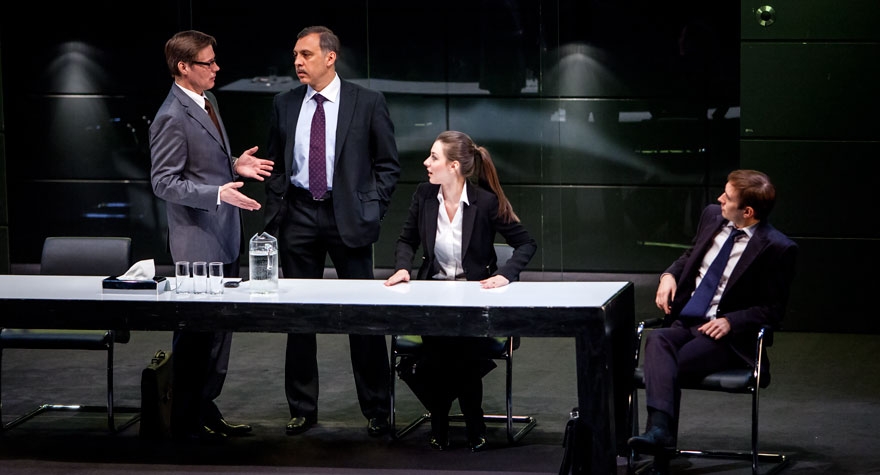 A new hero for a new era. A Spanish playwright's Jordi Galseran play depicts an office and people in it. In other words, the play is about the way a person becomes part of this mechanism. Four characters, trying to get a high profile job at a big company, face hurdles and obstacles. Nobody can leave a mysterious empty office, but only one can remain in the end.

The performance is meticulously calibrated: a spotless office space, an enormous formalin shark, expensive suits and people ready to go to any bounds for future success. The main task for the actors and the audience is to find the boundaries where a man ceases being human and becomes part of the well-turned mechanism of capitalism. But no matter how the modern office seeks to formalize relations between people, all important decisions in this area are still made under the influence of emotions...

With the support of the Cervantes Institute in Moscow.

The play was staged under agreement with The Susan Gourman Agency, LLC, New York.